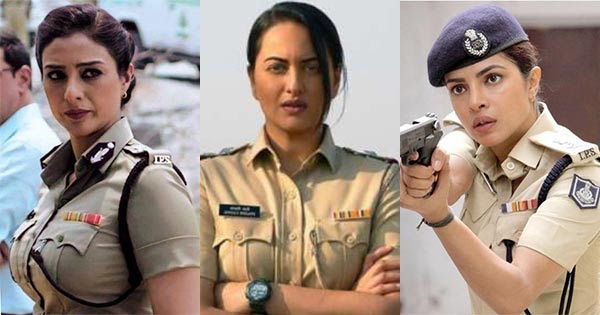 Bollywood films have been known for some big
commercial hit films with the hero as a police officer fighting for justice,
and now the trend of web series with actresses playing a cop, a secret agent
or an army officer is giving opportunities to many artists to tell a story,
direct it or act in it while giving out a strong women empowerment
message.

However actresses playing a police officer is not new to Bollywood. In the
past Rekha, Hema Malini and Madhuri Dixit have impressed many fans and critics
with their tough roles as a cop and looked great on screen with the police
uniform on.

So here we have picked 23 of Bollywood actresses who played the role of a
police/army officer.

Lets start the list with the actress who seems to have played the role of a
cop a number of times in both films and web series. Jannt 2 actress, Esha
Gupta, played a police officer in Chakravyuh movie, Rejctx 2 web series and
latest released Nakaab. Shefali Shah gave one of the finest realistic performance as a police office
Vartika Chaturvedi in Delhi Crime web series.

Read More:-  This is what Indian celebrities are doing during Lockdown in India.Top 10 of Bollywood Hollywood Actresses, movies, photoshoots, music, fun Tabu gained much praise for her role in Drishyam when she donned up the Police
uniform for playing IG Meera Deshmukh.. Aditi Pohankar gained much appreciation and love of fans for her role as an
undercover cop named Bhumika in Netflix series SHE . In 1988, Dimple Kapadi played the role of a cop in the movie Zakhmi Aurat
starring Raj Babbar. Harleen Sethi gained much popularity for her role as an army officer in The
Test Case season 2. Hema Malini donned up the police uniform for the movie Andhaa Kaanoon
starring Rajnikant in 1983. Juhi Chawla, the actress known for her comic timing and ranked among some of
the funiiest actresses of Bollywood, played the role of a cop in Shah Rukh
Khan starrer One 2 Ka 4. Madhuri Dixit, the dancing diva of Bollywood, is known for her various
amazing performances including played the role of a cop in Sanjay Dutt and
Jackie Shroff starrer Khalnayak. Neetu Chandra donned up the police uniform for the 2008 released movie One
Two Three. Her scenes from the movie are some of the best from the film as
well. Julie actress, Neha Dhupia, will be seen playing the role of a pregnant
police officer in upcoming ‘A Thursday’. Prachi Desai earned much love of fans and critics for her role as a police
officer in Manoj Bajpayee starrer Silence… Can You Hear It. Priyanka Chopra put on the khakhee uniform when she played a cop in Jai
Gangajal. The actress also played an FBI agent in Hollywood TV series
Quantico. Known for one of the best rain songs, Tip Tip Barsa Paani, Raveena Tandon
played the role of a police officer in Netflix series Aranyak. Shilpa Shetty, who is known for her fitness and one of the Bollywood
actresses who are aging like a fine wine, also played the role of a police
officer in movie titled Chote Sarkar. Sonakshi Sinha, who made her debut as the wife of a police officer (Salman
Khan in Dabangg) will be next seen as a fierce cop herself in an upcoming
series on Amazon prime. Sushmita Sen is one of the sweetest and charming women of Bollywood. This
Miss Universe 1994 has always surprised fans with her performances including
her role as a police officer in 2004 released Samay: When Time Strikes. Swara Bhaskar, the actress known for her controversies as well as some fine
performances, played a police officer in ErosNow series Flesh. Swara played
the character keeping it real and earned much praise. Yami Gautam will be seen playing the role of a police officer in Abhishek
Bachchan starrer Dasvi. Rani Mukherjee played the role of a police officer in one of the most successful and critically acclaimed female cop movies – Mardani. 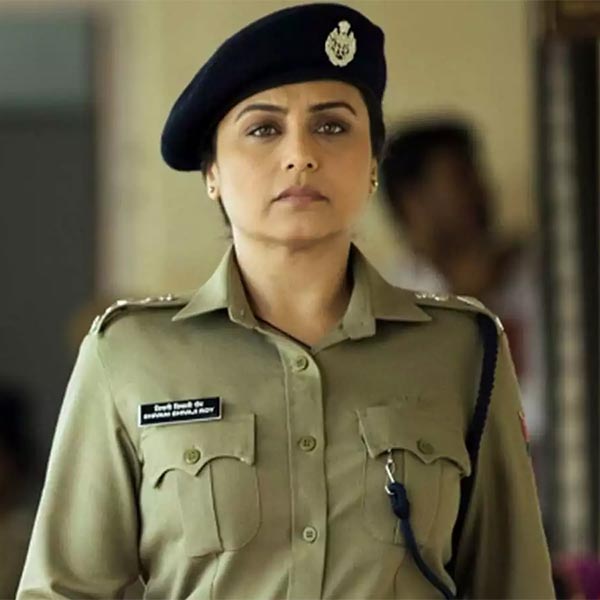