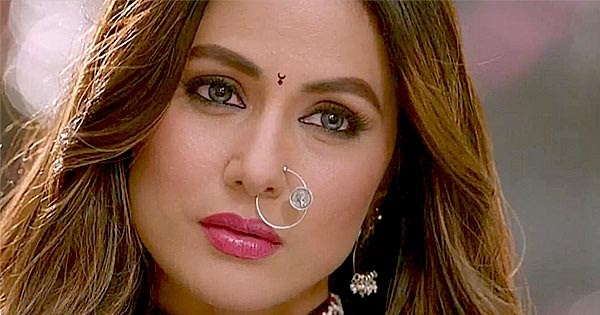 Indian TV shows have a huge audience which makes Indian TV actresses a household name and a big celebrity. While there have been many actresses who got much popularity for their roles starting with their very first show, we have picked 5 Indian actresses from hindi TV shows based on their versatility for portraying different character, their popularity on social media and their range of work (who worked in films, web series etc and not limited to TV only).

Sakshi Tanwar has been one of the most popular and fine actresses of Indian TV. Since rising to popularity with Kahani Ghar Ghar Ki this beautiful actress won everyone’s hearts with her performance. Sakshi’s talent and fine acting skills lend her strong roles in blockbuster movies like Dangal and also won the audience with short films like Ghar Ki Murgi. Shweta Tiwari also received much stradom and love of her fans with TV show, Kasautii Zindagii Kay, which earned the status of one of the most poular TV show of it’s time and also received a reboot feat. Erica Fernandes. Shweta Tiwari’s range of work includes Bollywood films, Item songs, web series and reality TV shows as well. The actress also transformed herself with the time and wowed everyone with her glamorous avaar. Despite having many personal problems with her marriage and relationships, the actress stated strong and kept entertaining her fans. Any list about Indian TV actresses would be incomplete without mentioning this beautiful diva of Indian TV. Anita Hassanandani has been ruling the industry for past two decades. Since rising to fame with Kabhi Sautan Kabhi Saheli the actress has appeared in various Indian TV shows, reality TV series, Bollywood films and music videos as well. Anita Hassanandani has portrayed both positive and negative character with such grace that she became a fan favorite of millions. Jennifer Winget is another diva of Indian TV who started her career as a child/teenager and went on to establish herself as one of the most popular and best actresses of her time. Jennifer Winget  has played a variety of characters and has also appeared in web series like Code M. Hina Khan has been one of the most popular, beautiful and stylish actresses of recent times. The actress gained much popularity for playing Akshara in Yeh Rishta Kya Kehlata Hai, and soon broke her ‘indian bahu’ image with her much glamorous on and off screen avatar. She returned to daily soaps playing a negative chracter of Komolika in Kasautii Zindagii Kay 2. Hina Khan’s work range includes Bollywood films, web series, short films and music videos. She is also one of the most popular actresses on social media. Shaktimaan is back! Indian superhero will make us stay home during Coronavirus lockdown. Top 10 of B...
Anaika Soti Photos in Leather Pant and Purple Top
Anushka Sen Pics in All Black from Khatron Ke Khiladi 11