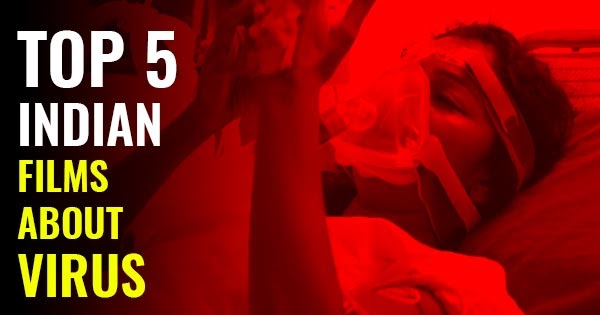 5 best Indian films about Virus spread that you can watch during this lockdown because of Coronavirus pandemic.

Since Coronavirus outbreak all over the world, one film titled Contagion gained particular attention and became popular. The film has uncanny similarities to the current deadly situation going on in the world. While Hollywood has been known for such movies about virus and zombies etc. Indian film makers also tried this genre.

While there have been news about filmmakers registering the film titles about Coronavirus to make a film on it in the future. Some filmmakers have already made films on Virus, so here we have 5 Indian films about virus infection.

Dasavathaaram is a Tamil-language film in which a scientist develops a virus/bio-weapon but he has to make sure that some enemy doesn’t get their hands on this virus. The intereting thing about this 2008 released film is that, legendary actor Kamal Hassan played most of the different character in the film by himself.

7th Sense is also a Tamil film starring Surya. The film tells the story of a man who is a master of martial arts and medical remedies. He goes to china to where he cures people suffering from a virus. The film is divided in two parts, ancient and modern era.

Miruthan follows the story of a chemical spill from a factory which infects a dog. The dog then bites people spreading the virus and infection creating a pandemic. During all the chaos, a cop tries to rescue the doctors who may have the cure for this virus.

Go Goa Gone has emerged as a cult-classic among the fans of this genre. Starring Saif Ali Khan and Vir Das, the film follows the story of a zombie virus spread through drug usage in a party. It’s a comedy.

If you want to watch something more serious, then Virus is the best film. It is not comedy neither has a hero performing over the top action but shows a real situation on how the pandemic works and how people try to deal with it and stop it. The film is based on Nipah Virus outbreak in Kerala in 2018.